Apple seems to be considering another wearable device planned in addition to the Apple Watch. The company has filed for another patent — one of at least five — for an “expandable ring device.”

In the patent filing, Apple notes that electronic devices such as Macs can be controlled using computer mice and other input accessories. In virtual reality systems, force-feedback gloves can be used to control virtual objects. Cellular telephones may have touch screen displays and vibrators that are used to create haptic feedback in response to touch input. 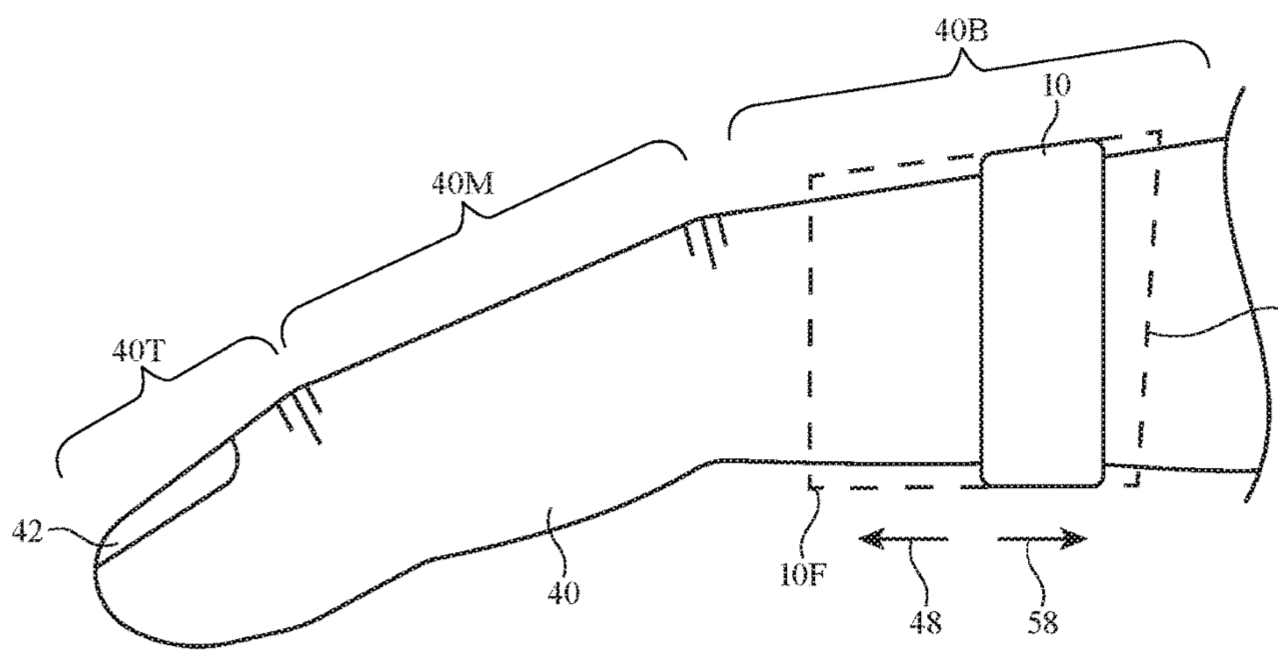 However, per the tech giant, devices such as these may not be convenient for a user, may be cumbersome or uncomfortable, or may provide inadequate feedback. Apple thinks a system that includes ring devices and electronic equipment that can be controlled using the ring devices could be a better solution.

Here’s Apple’s summary of the invention: “A ring device may have a housing that is configured to be worn on a finger of a user. Sensors such as force sensors, ultrasonic sensors, inertial measurement units, optical sensors, touch sensors, and other components may be used in gathering input from a user. Control circuitry may wirelessly transmit information gathered from sensors and other input devices to an associated electronic device. The information may be used in controlling operation of the electronic device. The housing of the ring device may have an annular main body and an expandable portion coupled to the main body. The expandable portion may include a flap with a hinge, a rotatable housing member, a housing with an internal adjustable frame and a cover, an expandable housing formed from an expandable tube coupled between first and second annular devices, and other expandable structures.”

Of course, Apple files for lots of inventions that never come to fruition. Only time will tell about this one.