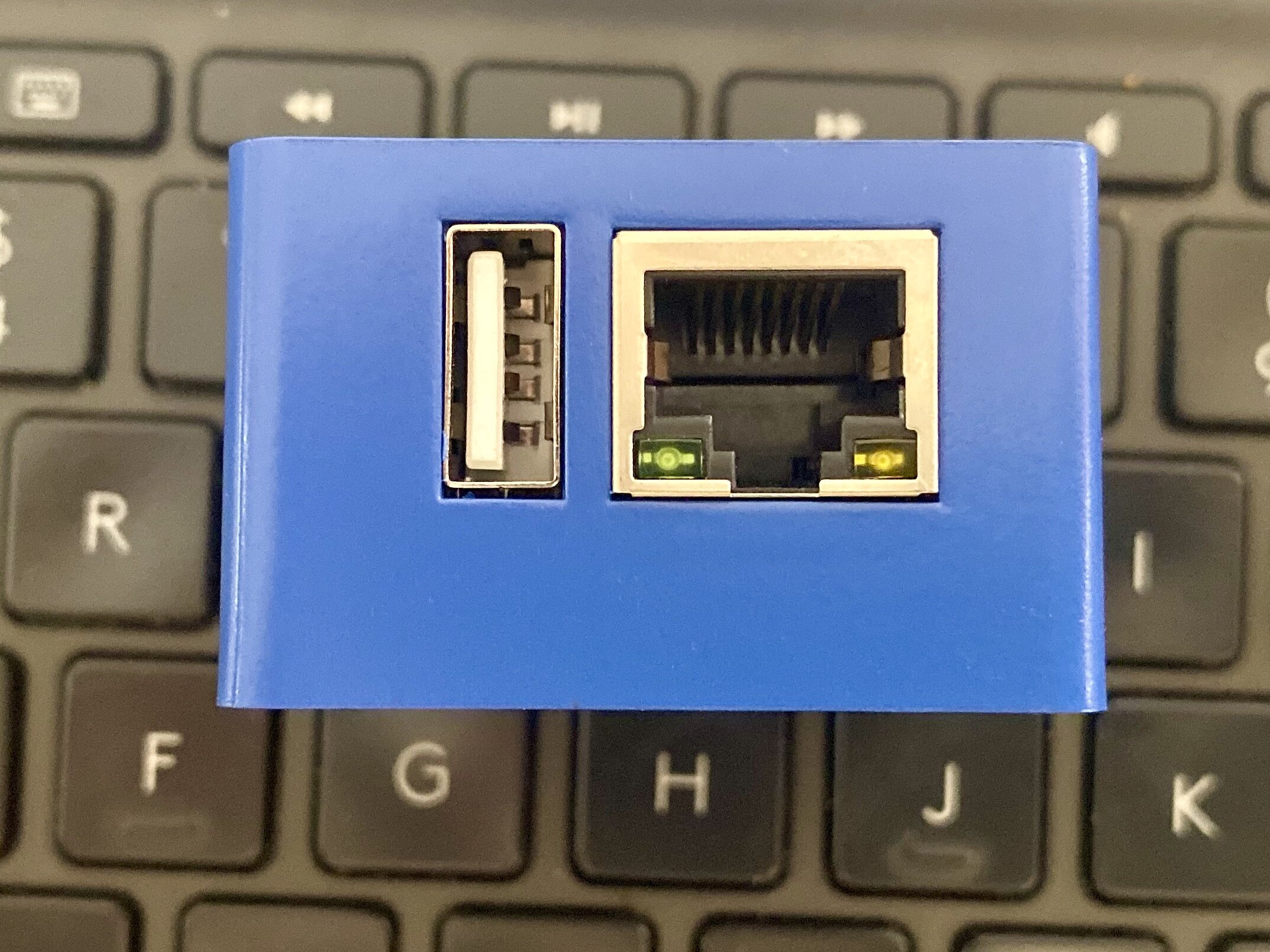 Wouldn’t you love to know what every device on your home or small business network is doing on the Internet, 24/7/365? That’s the idea behind Firewalla, a small and totally unobtrusive hardware-based network firewall designed and built by a team of folks who came from careers at networking behemoth Cisco.  Today I’m reviewing Firewalla Blue ($179), one of two cybersecurity firewall appliances from the company.

Think of Firewalla as a small hardware firewall that plugs into your Internet router. It’s designed to protect your network and all the devices on it from a variety of cyberattacks, inform you of unusual things occurring on your network, and even let you do other things like monitor and control your kids’ Internet usage, block ads, and act as a VPN server.

When I think of hardware firewalls, I think of big rack-mounted devices made for enterprise. Firewalla Blue is powerful enough to handle small businesses and homes, and the size is correspondingly smaller — in fact, it’s just 1.8 x 1.8 inches square and 1.2 inches high (4.57 x 4.57 x 3.05 cm).

That tiny box has an Ethernet port on one side for connecting to a router as well as a USB port, and a micro-USB port and microSD card slot on the other side. The micro-USB port is used for powering the device (a power adapter is included), while the included 16GB microSD card holds the latest software for the device.

Firewalla is more about function than form, as it’s almost invisible! I plugged mine into a TP-Link Archer Wi-Fi router, then used the included USB to micro-USB cable to power the Firewalla Blue from the router itself. Since we have high-speed Internet service at our home/office, Blue was really the better fit for our situation.

Setting up Firewalla is as simple as it could be. You plug it into your router (there’s a compatibility list, by the way) and into power, scan a barcode on the device, and it begins protecting your network immediately. The design is truly plug and play.

There are a number of functions that Firewalla can perform:

That “Social Hour” feature allows you to shut down all online social networking activity for one hour with a tap, meaning that you can actually try to converse with your significant other or family!

Firewalla has an excellent iOS app that provides a way to turn on the various functions, turn notifications on or off, and monitor what’s going on. For the first few days that Firewalla was on my network, I let it inform me of everything it thought was a little out of the ordinary. As a result, I kept getting notified that some Belkin HomeKit accessories I have were sending data to Belkin for some reason or other…time to find out what that’s all about. Likewise, while watching Hulu I could tell when we were seeing an ad even without looking at the screen, simply because it showed a connection to an ad server at Hulu.

Want to know if your kids or spouse are playing games? Firewalla gave me a heads-up whenever my wife was playing games that were on the Xbox Live network or Sporcle. Over time I found the constant notifications to be a bit much, but fortunately Firewalla’s app lets you mute those notifications.

That’s not all you can do with Firewalla. It can also monitor your broadband bandwidth usage and summarize hourly, daily and monthly usage. It can do vulnerability scans to see if ports are open. It provides a dynamic DNS address so you can always connect to your home network, and more.

The Site to Site VPN capability could be handy for a few reasons: for example, if you want a secure connection back to your home network, you can set up the device as your own VPN server. Since one iPhone running the app can control multiple Firewallas, it’s possible that a small business with several locations could use the devices to create a company-wide VPN. Firewalla suggests using the free OpenVPN client on iOS devices and  Tunnelblick for Mac.

If you have concerns about network security at your home or small business office, Firewalla is an excellent solution to put those fears to rest. It is easy to set up and monitor, it’s relatively inexpensive, and it provides a wide range of functions to keep your network safe.