Future Animoji’s and Memoji could be generated from your photo, according to a new patent (number 10,452,896) from Apple. The filing is for a “technique for creating an avatar from image data.”

Animojis allow a user to choose an avatar (e.g., a puppet) to represent themselves. The animoji can move and talk as if it were a video of the user. Animojis enable users to create personalized versions of emojis in a fun and creative way, and Memoji is the name used for iOS 12’s personalized “Animoji” characters that can be created and customized right within Messages by choosing from a set of inclusive and diverse characteristics to form a unique personality. 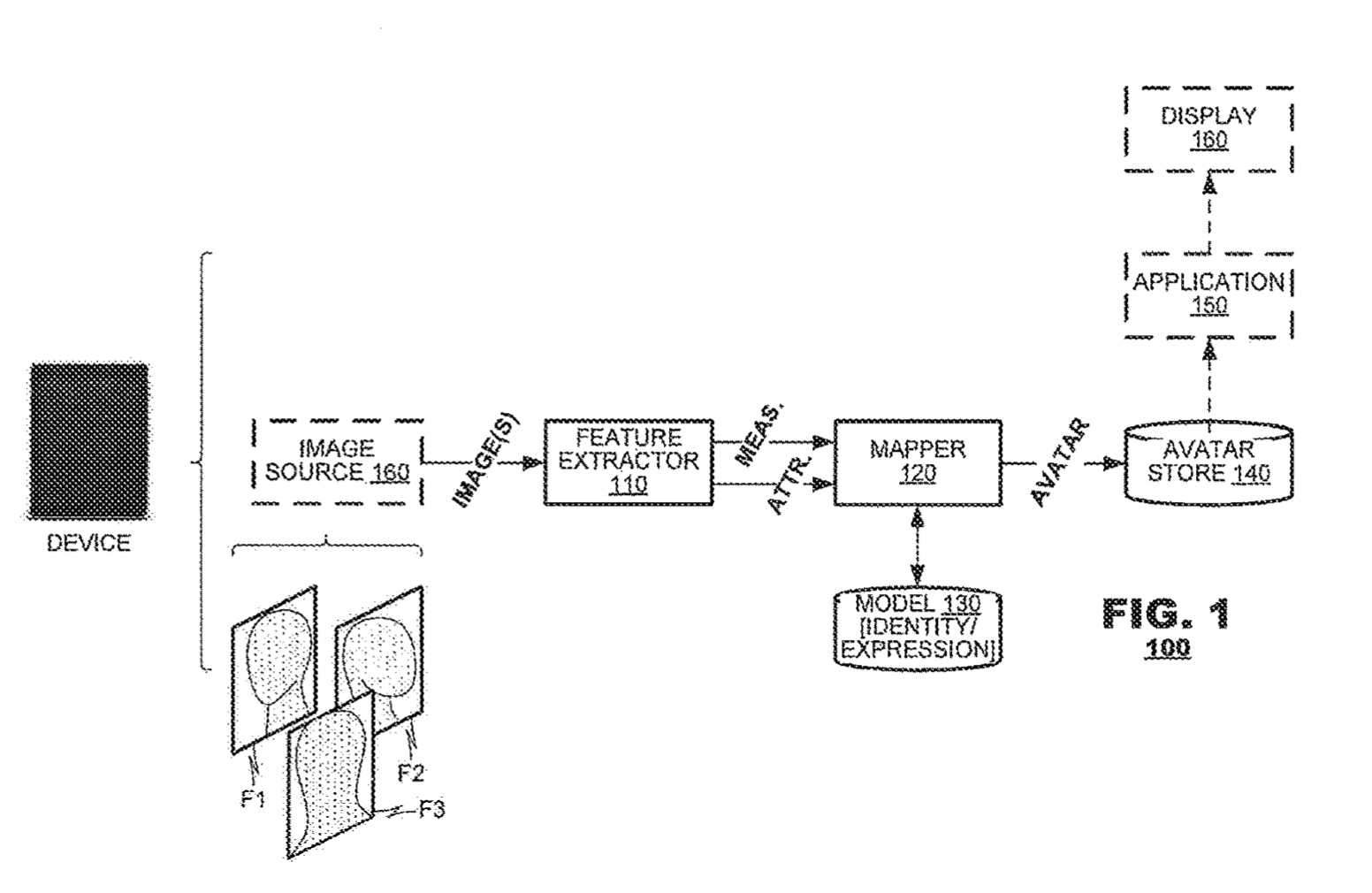 In the patent filing, Apple says that users of computing environments may desire to use avatars that look like caricaturized versions of themselves. The avatars would retain a cartoonish element but would resemble the users’ own appearance. Apple says that noo known avatar generator can generate avatars in an automated fashion to represent a computer user’s own appearance, so the tech giant wants to change this.

Here’s Apple’s summary of the invention: “Techniques are disclosed for creating avatars from image data of a person. According to these techniques, spatial facial attributes of a subject may be measured from an image representing the subject. The measured facial attributes may be matching to a three-dimensional avatar template. Other attributes of the subject may be identified, such as hair type, hair color, eye color, skin color and the like.

“For hair type, hair may be generated for the avatar by measuring spatial locations of hair of the subject and the measured hair locations may be compared to locations of hair represented by a plurality of hair templates. A matching hair template may be selected from the plurality of hair templates, which may be used in generating the avatar. An avatar may be generated from the matching avatar template, which may be deformed according to the measured spatial facial attributes, and from the other attributes.”