Future Apple Watches may have the ability to take photos and record video. Apple has been granted a patent (number 10,331,083) for a “watch band with an optical sensor.”

In the patent filing, Apple says that “a potential barrier” to smartwatch adoption is their minimal image-capturing ability. The tech giant wants its smartwatches to be able to capture images and video at angles and orientations that don’t depend directly on the angle and orientation of the rest of the smartwatch, including the watch body. 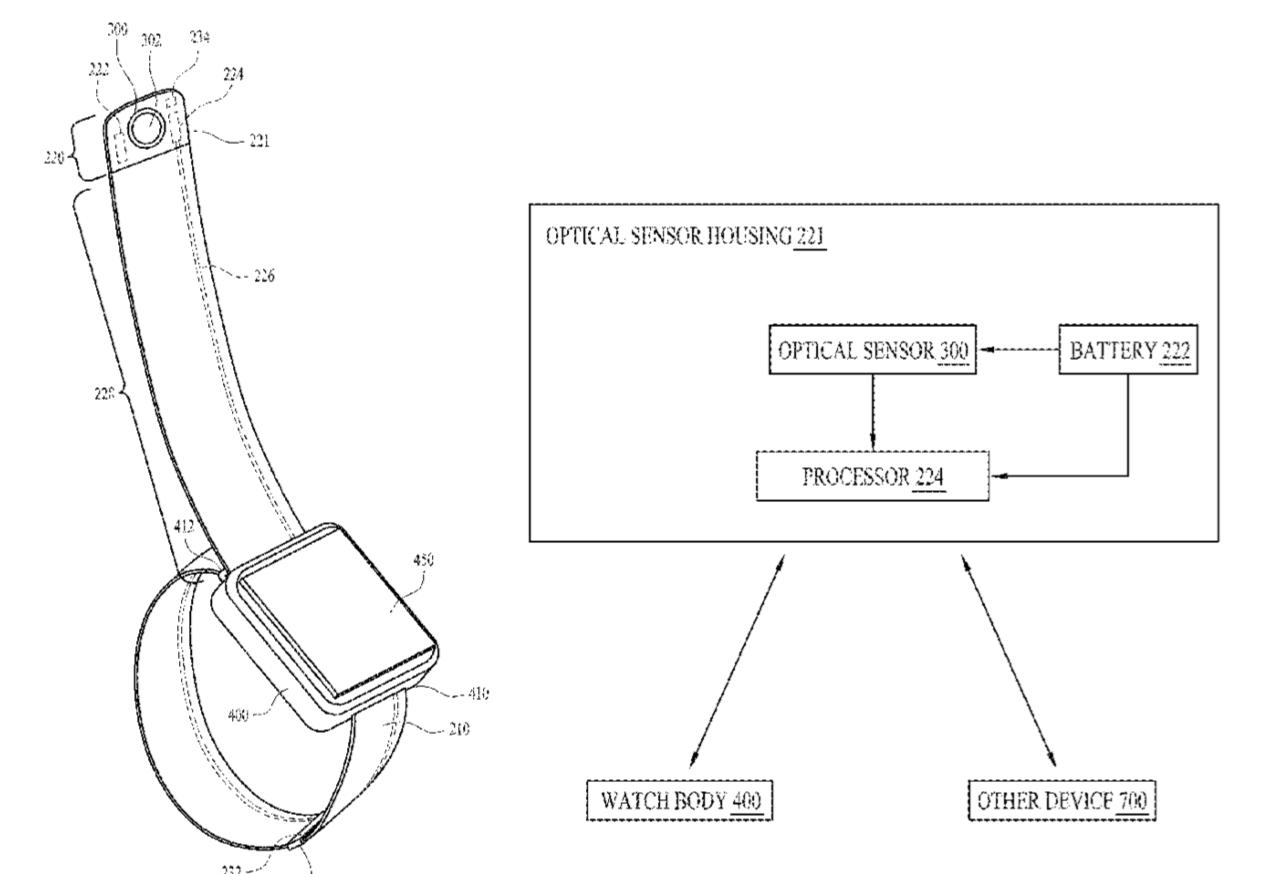 Apple says that s=Such functionality can replace or at least meaningfully augment a user’s existing camera or camera-enabled device (e.g., smartphone, tablet). Such a wearable device that captures images and video may do so via an optical lens integrated into a distal end portion of a watch band that retains the device on a user’s wrist.

“The band is flexible and may be manipulated by a user to aim an optical sensor disposed at the distal end portion of the camera watch band separately from the watch body. The display or other device functions as the viewfinder for the optical sensor.”