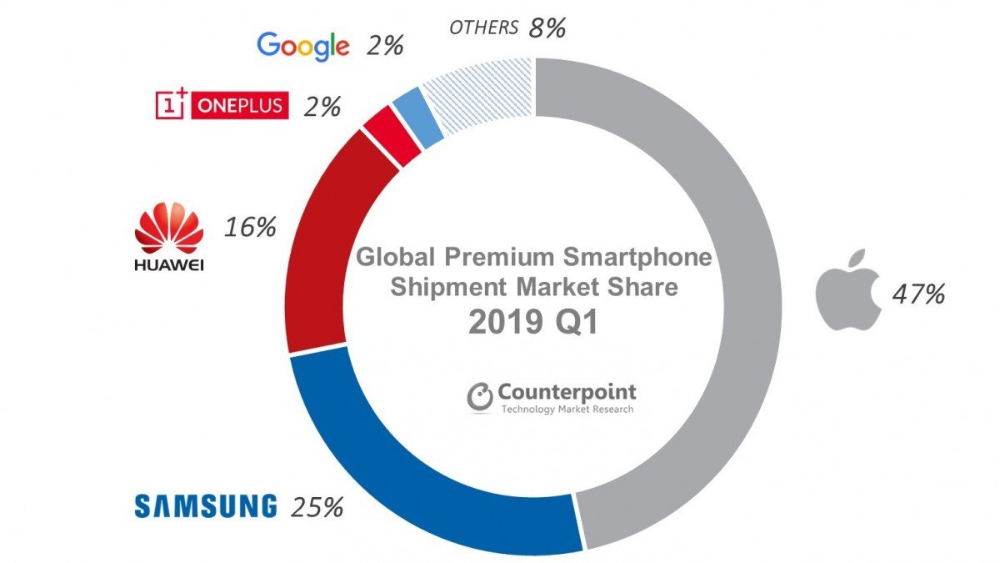 However, as Apple is losing ground, Samsung is gaining share. During the quarter, Samsung ended up with one-fourth of the global premium segment, its highest ever share over the past year. This was also the first time when Samsung launched three devices instead of the usual two in its S series, thus covering wider price points.

According to Counterpoint’s analysis, the trend of users holding onto their iPhones for longer has affected Apple’s shipments. The replacement cycle for iPhones has grown to over three years, on an average, from two years. On the other hand, substantial design changes in the Galaxy S10 series and the better value proposition it offers compared to high-end iPhones helped Samsung close the gap to Apple in the global premium segment, adds the research group.