As I’ve mentioned before, most notched watch bands are either two tight on my bony wrists or else flop around. Though I still prefer the non-notched Apple Sport Loop, UAG’s new Nato Strap for the Apple Watch also works well for me.

The $49.95 band is made of high strength nylon and stainless steel hardware. Its  custom stainless steel lugs and buckles look good and are comfortable. And the Nato’s double-layered high strength nylon is one of the strongest straps available. The Nato Strap works with all models of the Apple smartwatch. It’s available in grey and “olive drab.” I prefer gray and find olive drab to be too …. well, drab. 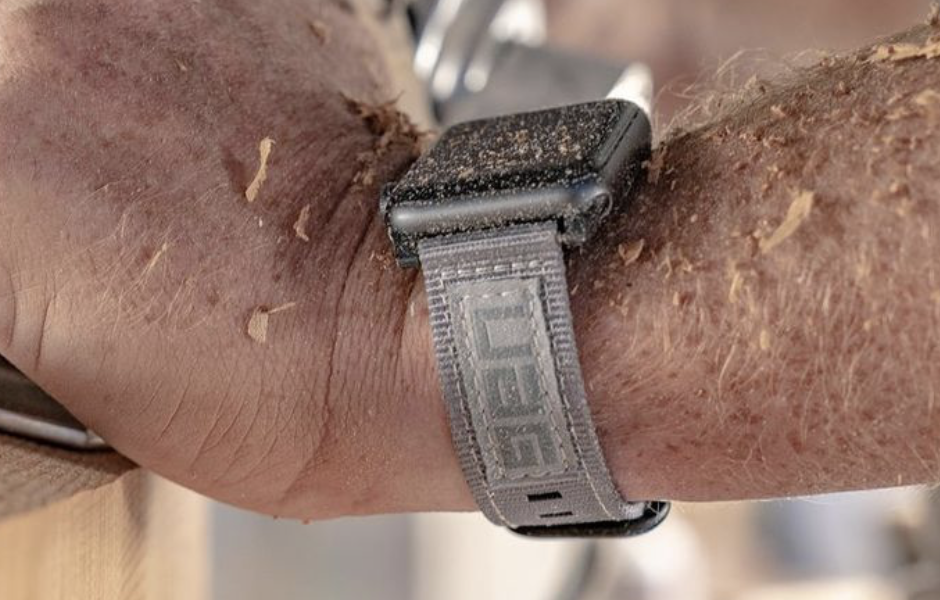 Interestingly, the Nato Strap for the iPhone isn’t the only “Nato strap” around. According to Gear Patrol, the term “Nato strap” came into use as a shortened version of NATO Stocking Number (NSN), and otherwise has very little to do with the strap carrying its namesake. The more appropriate name for the “NATO” strap is actually the “G10.”

“Though DefStan’s name for the strap was decidedly nondescript, its specifications were distinct and specific. MoD-issued G10 straps were nylon, only made in ‘Admiralty Grey’ with a width of 20mm, and had chrome-plated brass buckle and keepers,” Gear Patrol adds. “Another key trait was a second, shorter piece of nylon strap attached to the buckle. Since the strap was to be used by the military, it needed to be functional and fail-safe … The bonus feature of a strap that passes behind the watch is there so that in the event that a spring bar breaks or pops out, the case will still be secured by the other spring bar.”

Okay, back to UAG’s product. If you’re an outdoors person or sports enthusiast, and Apple’s Sport Loop doesn’t float your boat, check out the Nato Strap made specifically for Apple’s smartwatch.